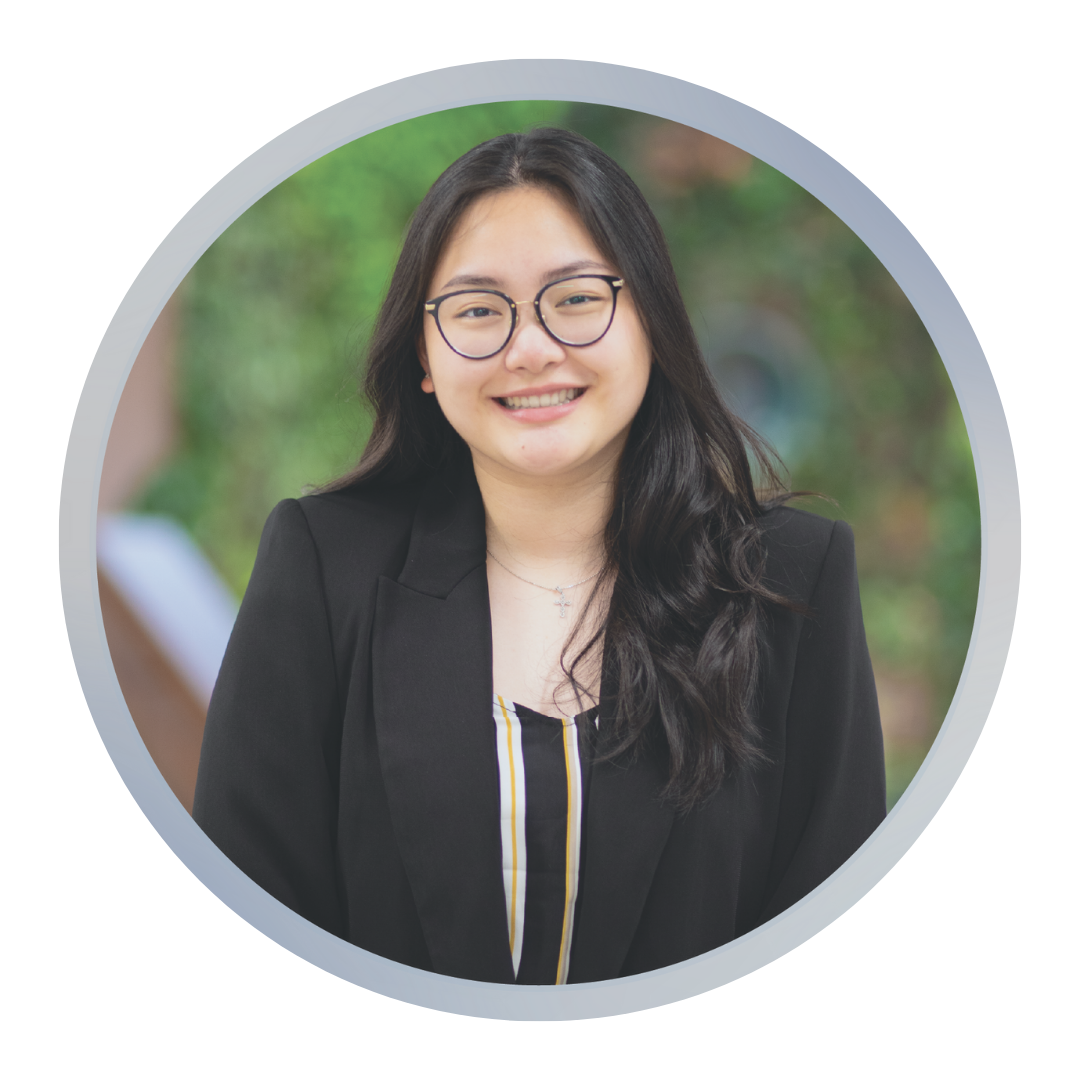 Jessica is a recent graduate from Western University, where she studied Political Science and French Studies. She is the Vice President of External Affairs at Western’s University Students’ Council (USC). During her time at Western, Jessica was engaged as President of the Chinese Students’ Association, an Orientation Leader, and Associate Vice President of Advocacy on her faculty council. She is especially passionate about student financial aid, anti-sexual and gender based violence efforts, and amplifying and uplifting voices from the BIPOC community. In her free time, Jessica enjoys watching Raptors games, trying new foods, and playing Animal Crossing! 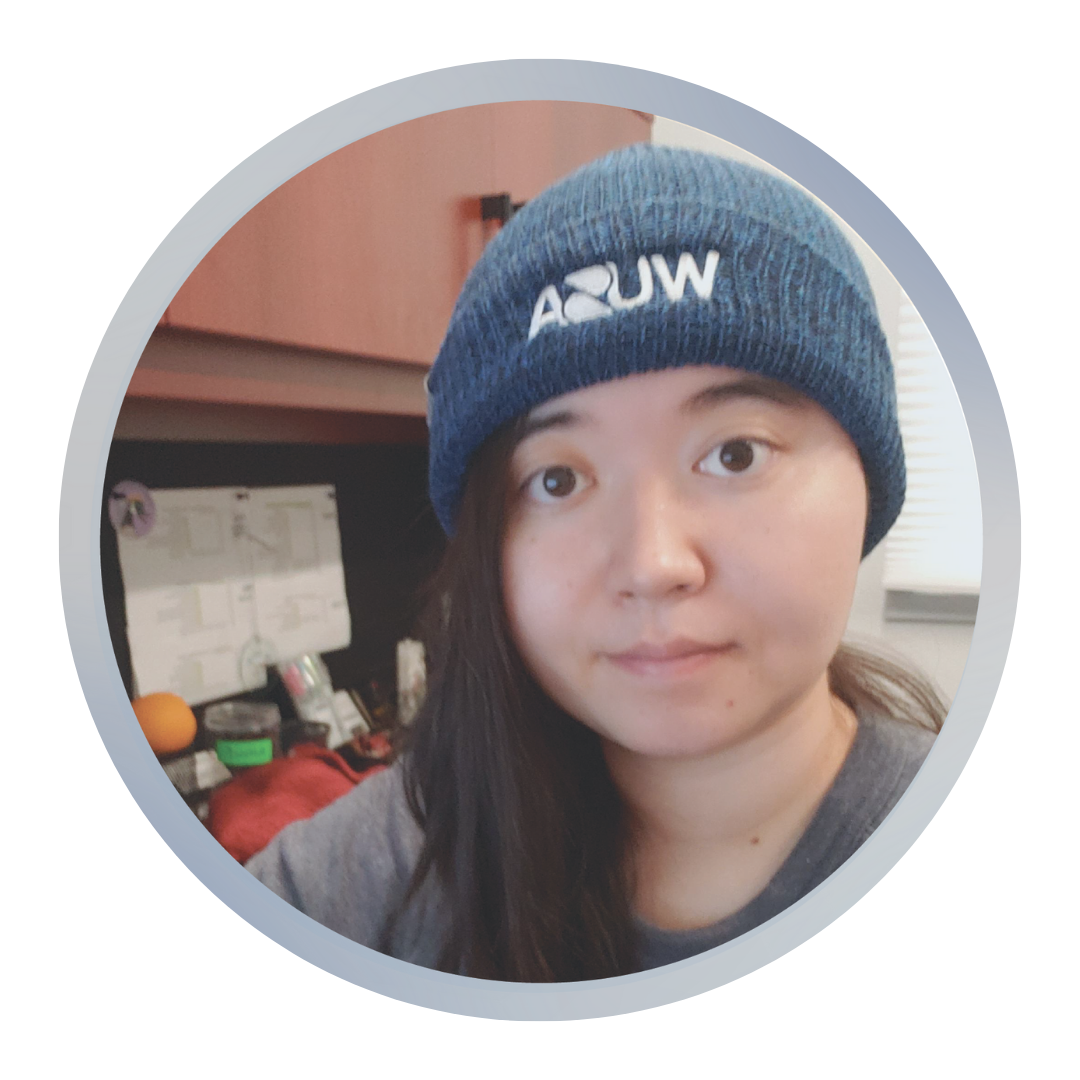 Steph is in her final year of studies at the University of Waterloo, where she is pursuing a Bachelor of Knowledge Integration. Through her program, she’s been able to study a wide array of topics, though her primary interest is in economic geography and socio-ecological systems. As Vice President Education for the Waterloo Undergraduate Student Association (WUSA), she oversees both university-facing and external advocacy. Steph is particularly interested in labour rights, accessibility and disability inclusion, and understanding the post-secondary system under a systems lens. In her spare time, Steph enjoys deconstructing pop culture, video editing, and gaming. 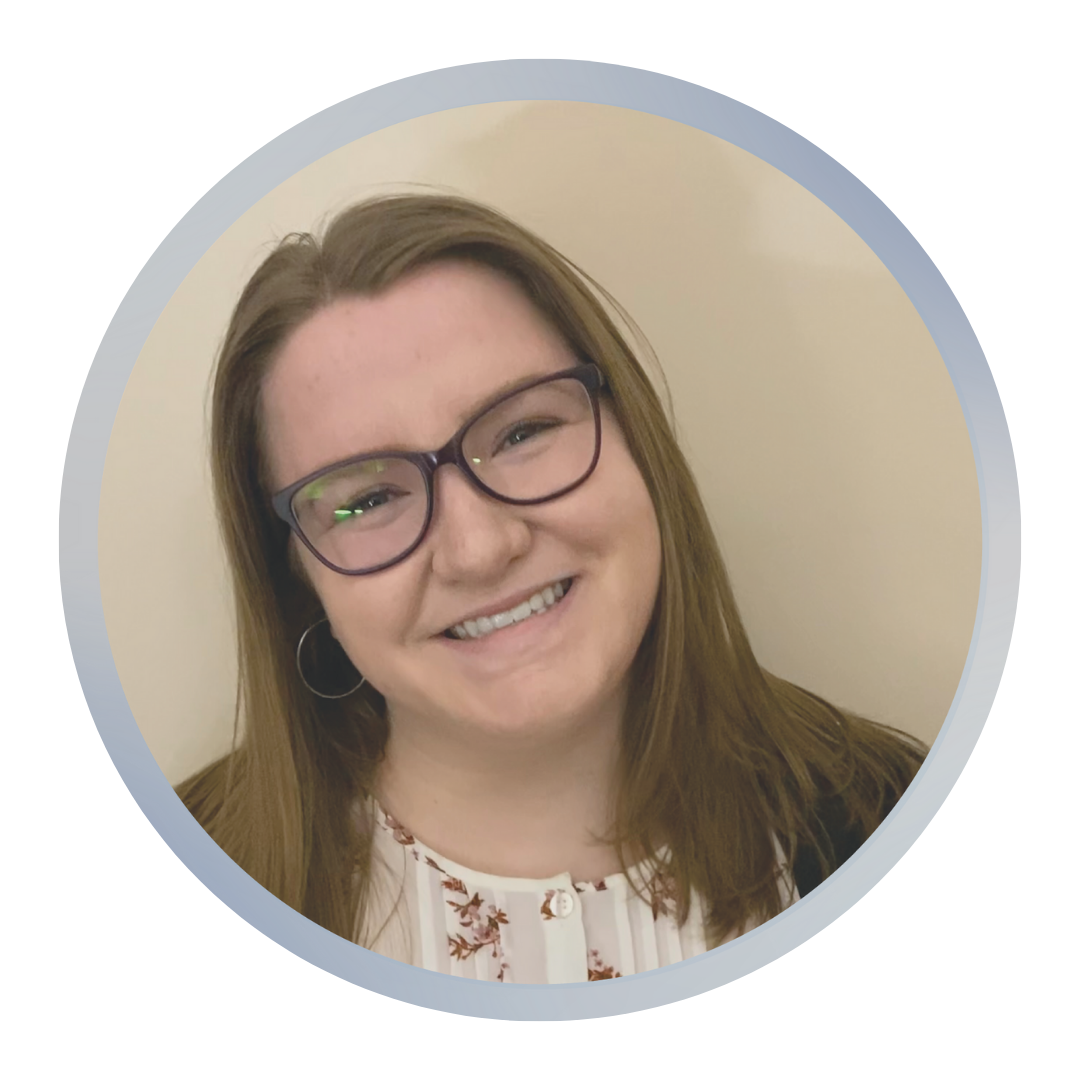 Ana is a 4th year student at Laurentian University, where she is pursuing a Bachelor of Arts in History with minors in Human Resources Management and Religious Studies. She currently holds the role of Vice President Education at the Students' General Association. Ana is also the President of Pride Laurentian, an on-campus resource centre for 2SLGBTQ+ students. Ana loves hiking, sewing, drag race, and playing with her dog. 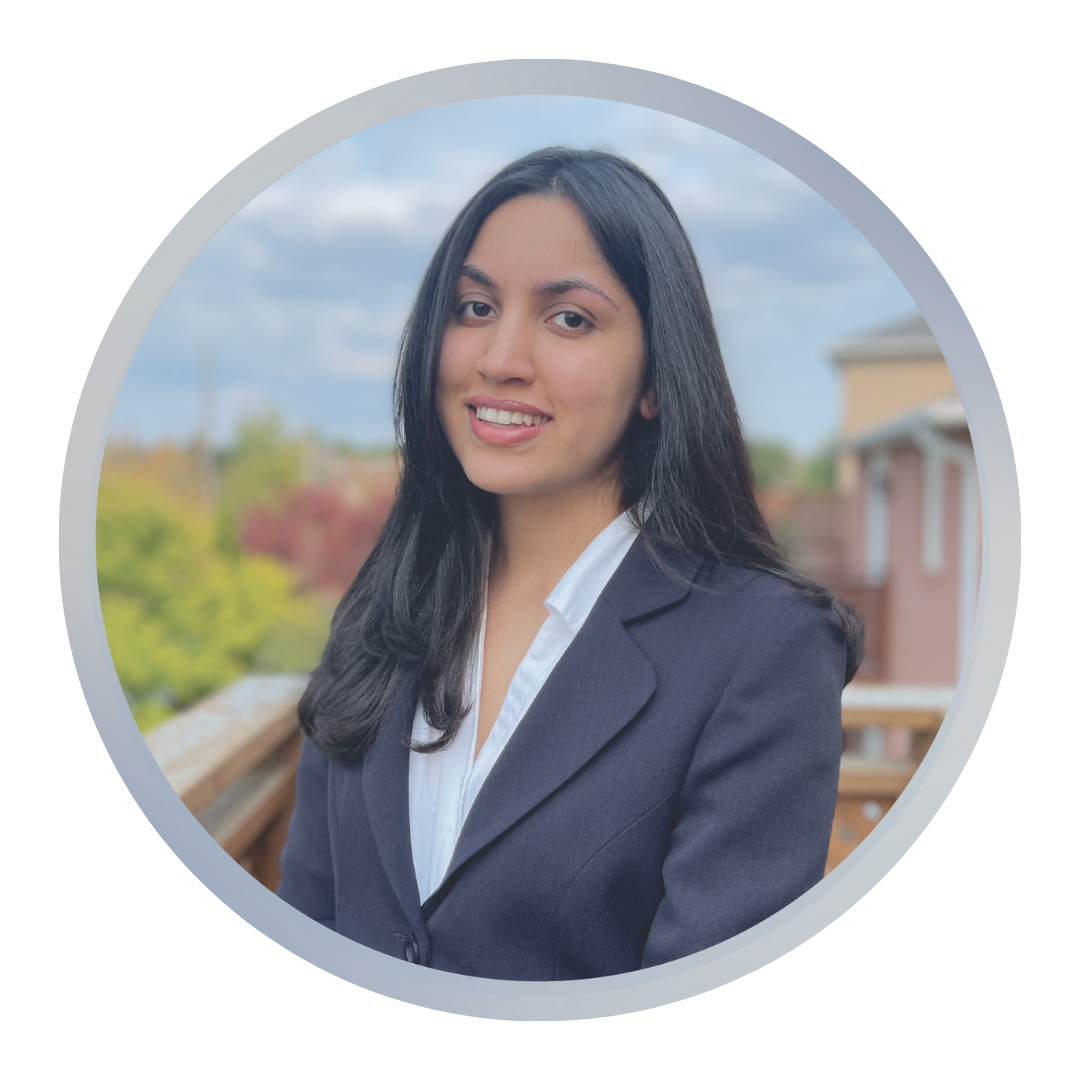 Sahiba is in her 4th year at Queen’s University doing a Specialization in Biotechnology with a Certificate in Law. She is currently serving as the Commissioner of External Affairs at the Alma Mater Society (AMS). She is responsible for overseeing the Queen’s Housing Resource Centre, the Academic Grievance Office, and the Government Affairs office. She is passionate about mental and physical health accessibility, housing resources, menstrual equality, and transparency of information. In her spare time, Sahiba enjoys hobbies such as dance, videography, reading, and hiking. 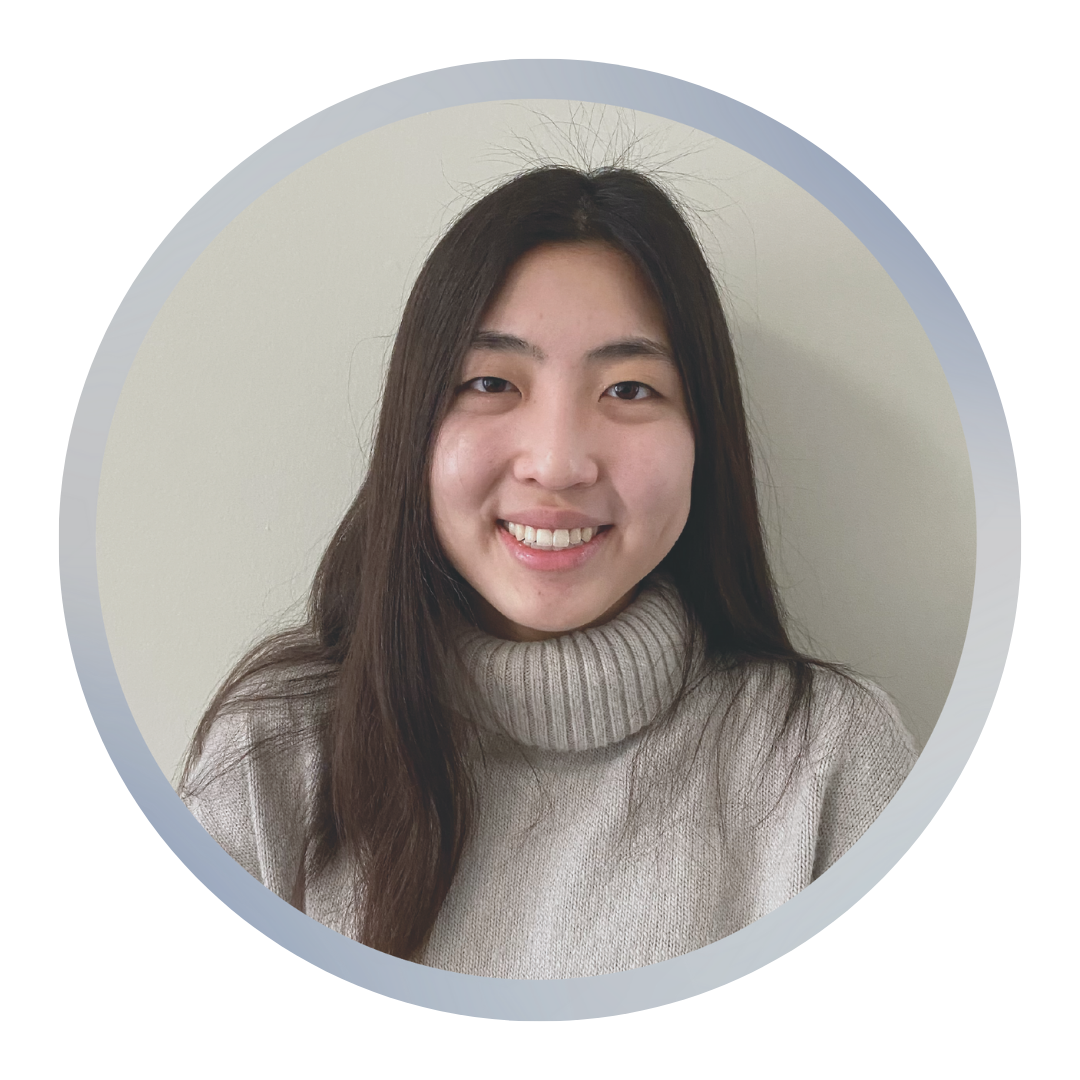 Kayla is a recent graduate in political science from Wilfrid Laurier University with a specialization in public policy. She is currently Laurier's Students' Union Vice President of Government and Stakeholder Relations for the 2022-23 school year. Kayla's passion for policy is rooted in topics about student housing, education technology, and rural versus urban development. In her spare time, she could be found attempting to launch an Etsy website or playing badminton. 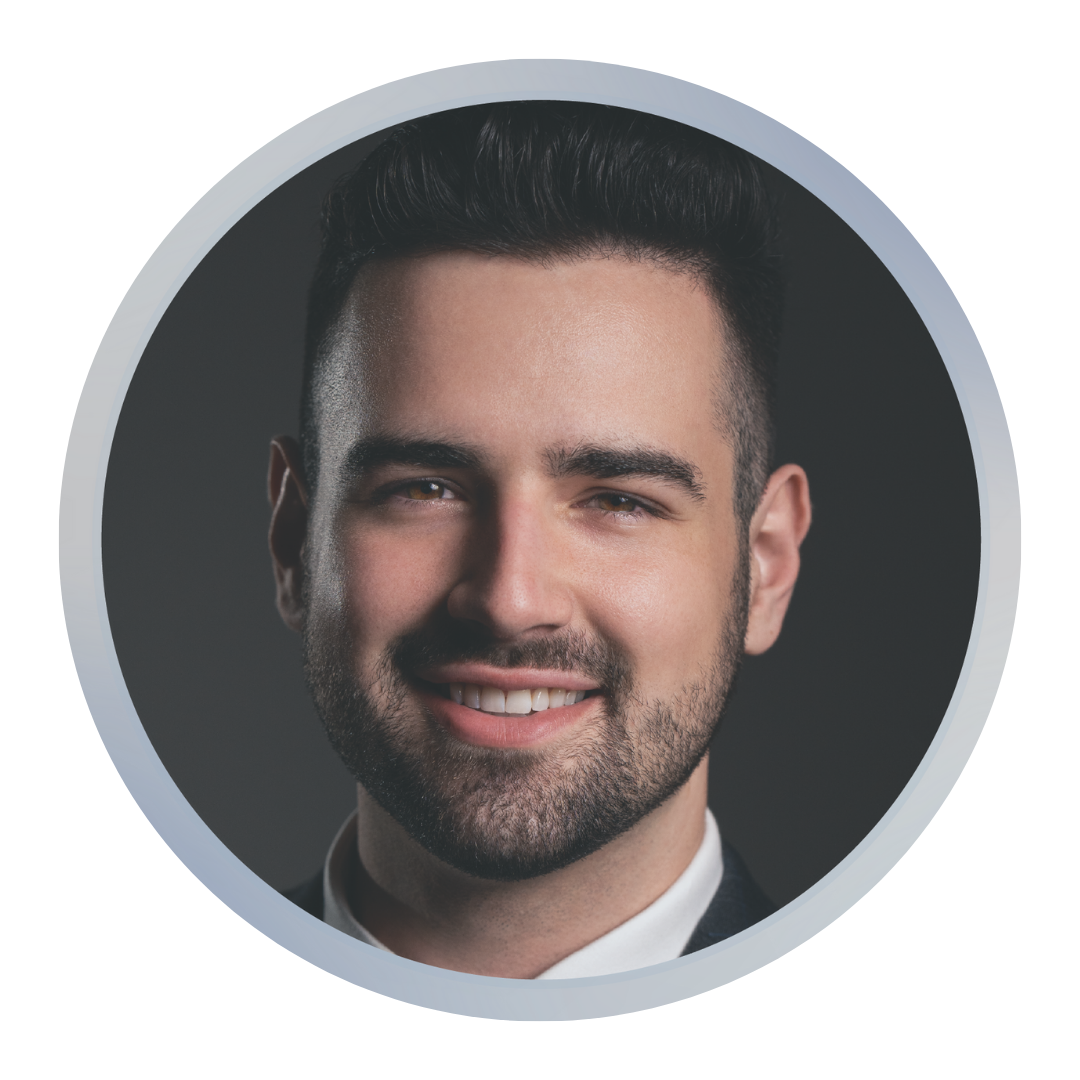 Austin is a 4th year undergraduate student in the Department of Kinesiology at Brock University. He is serving his second term as the Vice President of External Affairs at the Brock University Students’ Union. During his time at Brock, Austin has been a peer mentor, student-athlete, club executive, and university senator. Austin is particularly interested in student financial aid, the modernization of university education, and the promotion of health and wellness. In his spare time, Austin enjoys a steaming cup of tea, exploring the Bruce Trail, riding his bike, and playing sports. 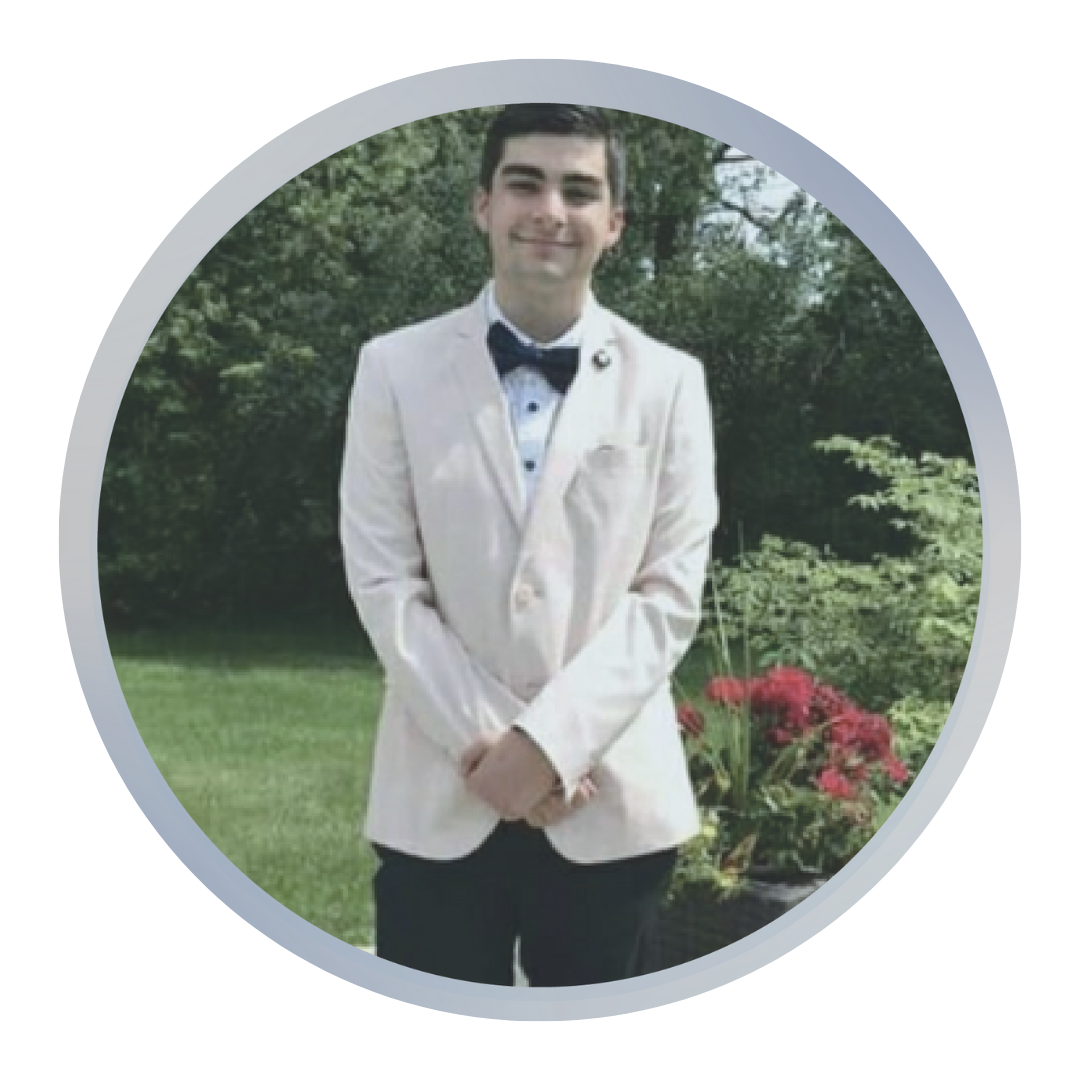 Anthony is a 3rd year political studies major at Trent Durham University. He was recently  elected as the Vice President of University Affairs (VPUA) with the Trent Durham Student Association. Anthony is also an executive of the Theatre Club at Trent Durham, as well as an orientation leader for incoming students. Furthermore, he worked under the previous VPUA as a policy analyst during the fall semester of 2020. Anthony will work hard to try and increase OSAP funding as he believes that every student should be able to pursue post-secondary education. While not working, you can catch Anthony catching up on his favourite series, Better Call Saul, as well as baking some sweet treats. 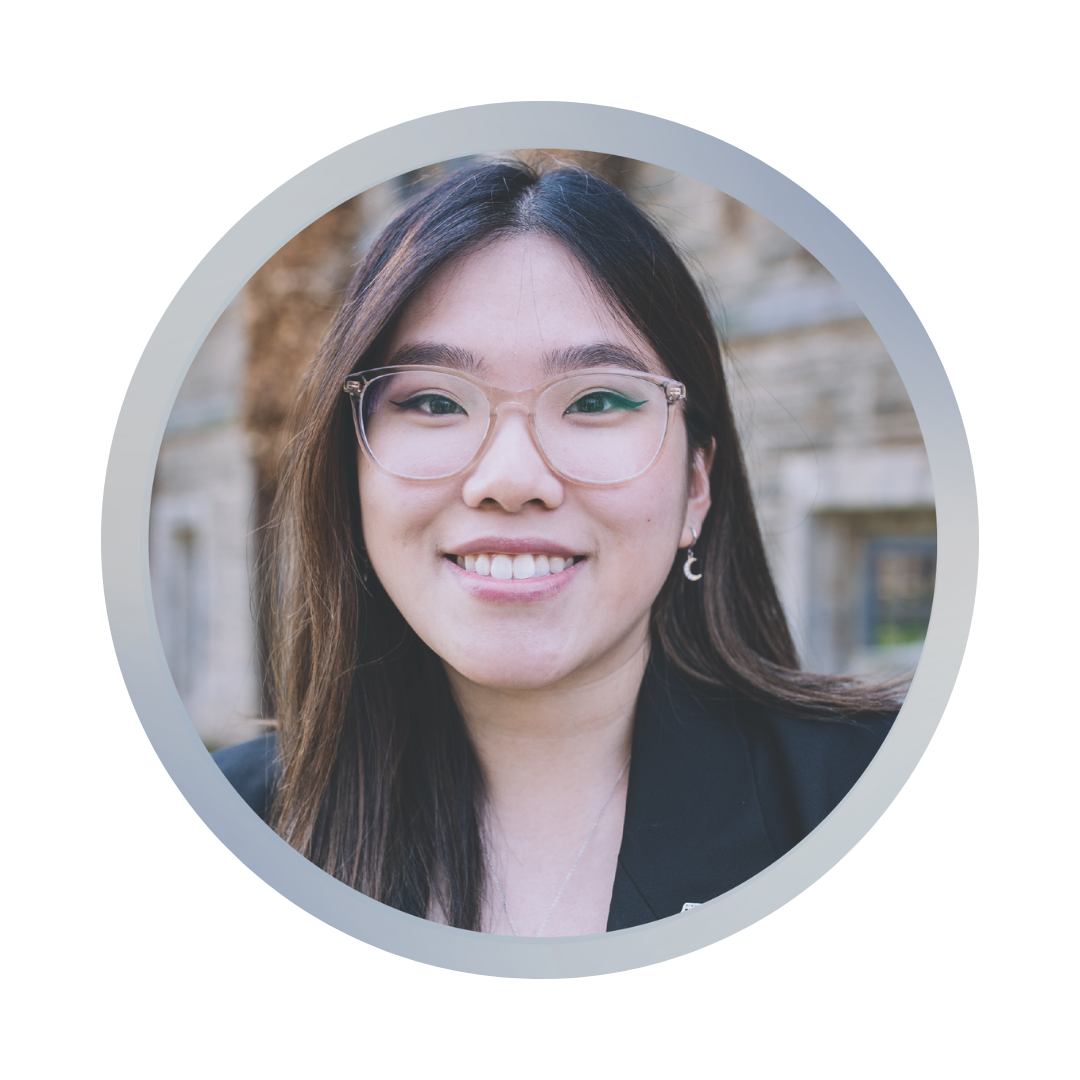 Elizabeth is in her final year of studies in the Department of Political Science and Labour Studies at McMaster University. She is the current Vice-President Education for the McMaster Students Union (MSU). During her time at McMaster, Elizabeth was the Speaker of the MSU and Chief Returning Officer of the McMaster Social Sciences Society. Elizabeth also serves as a School Board Trustee for the Hamilton-Wentworth District School Board. Elizabeth is passionate about accessibility & inclusion, mental and physical health wellness, gender equity & justice, and racial equity & justice. In her free time, Elizabeth loves cuddling with her guinea pigs Hotdog and Nugget, finding the best places to eat, and travelling. 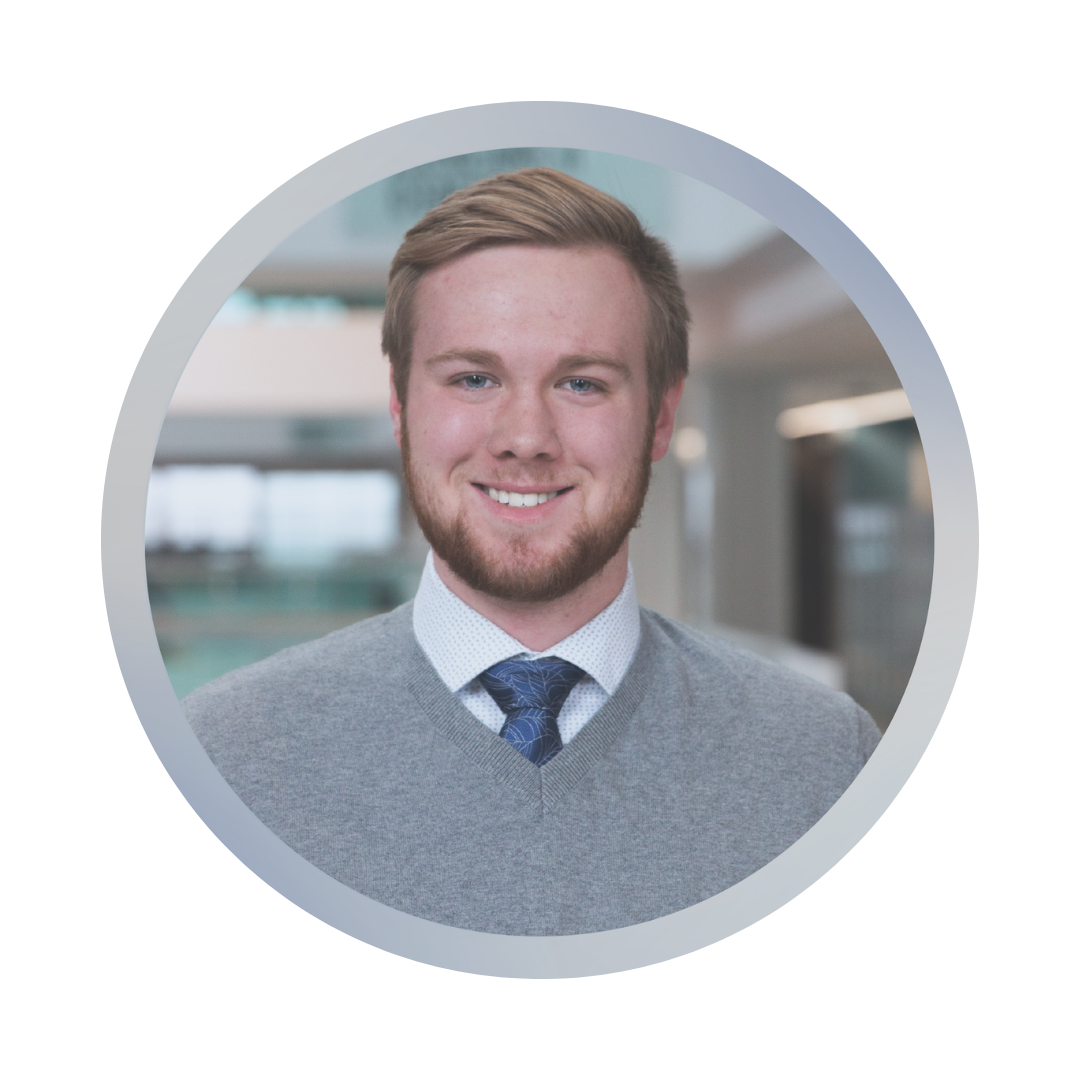 Callum is a 4th-year undergraduate student in the political studies program at Queen’s University. In his current role as the Vice President of University Affairs for the Alma Mater Society, Callum focuses on academic and social advocacy, student life, governance, and municipal affairs. In his spare time, you can find him playing piano, enjoying the outdoors in Kingston, and weather permitting, playing spike-ball in the parks around Queen’s. 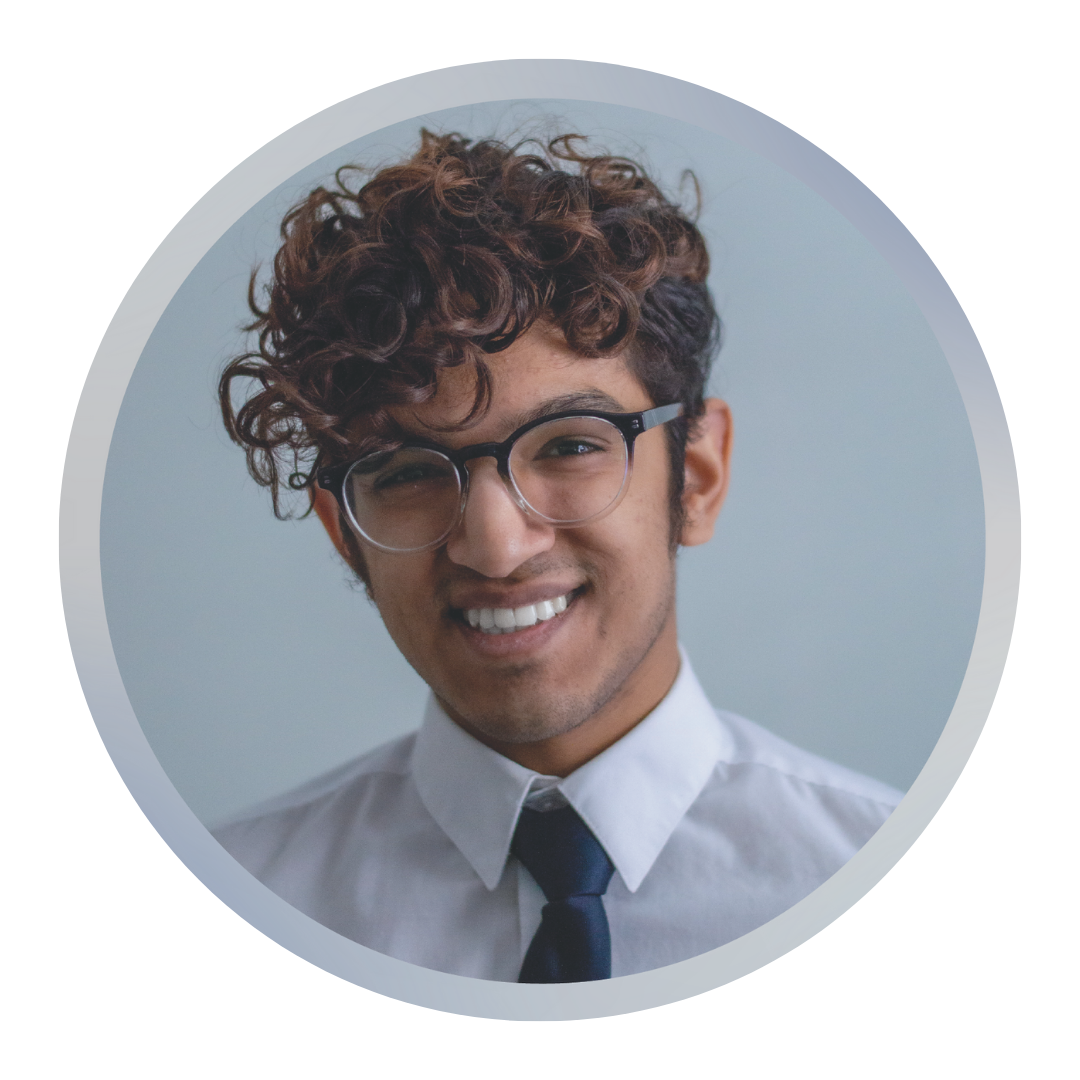 Josh is a recent graduate from Ontario Tech with a Bachelor’s Degree in Information Technology and a major in Game Development and Entrepreneurship. During his studies he became passionate about designing and developing video games with accessibility in mind, lowering the barrier for entry for all players regardless of visual, motor or cognitive ability. Josh has been an advocate for students since 2017, working to address student concerns related to financial aid within his faculty. With the OTSU and OUSA, his priorities centre around ensuring equitable access to education, ancillary fee protocols and addressing the housing crisis for students. When not in the office, Josh explores photography, watches tons of sci-fi and loves outdoor adventure. 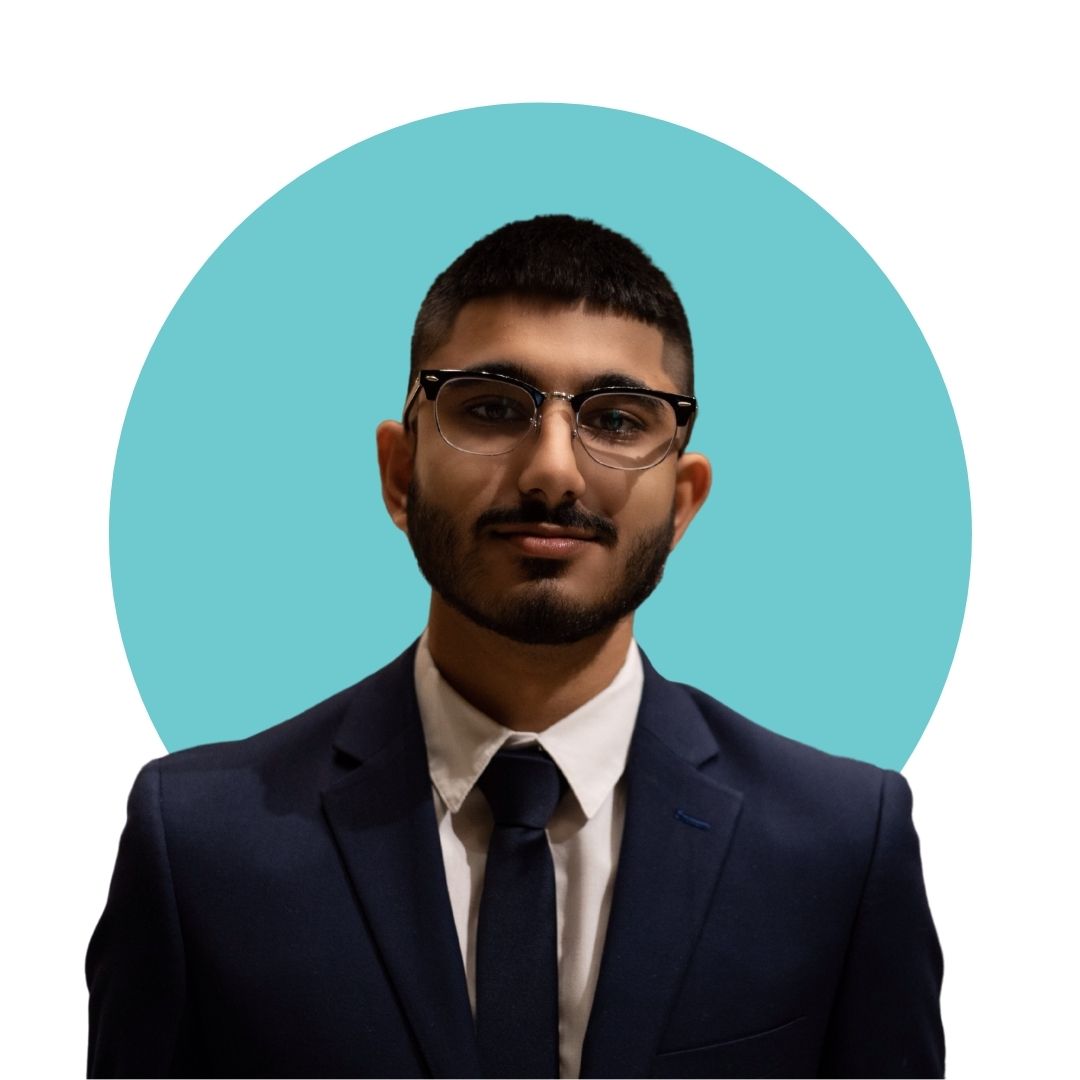 Armaan is the Advocacy Commissioner of the University of Ottawa Students' Union (SÉUO-UOSU) and is entering his third year of his Bachelor of Social Sciences, Honours in Political Science and minor in History in French Immersion. Prior to entering his role, Armaan was a student representative on the International, Political & Policy Studies Student Association (AÉÉIPPSSA). Armaan is passionate about advocating for student issues, including the advancement of progressive and radical policies such as fighting for increased government funding for education, environmental justice, housing rights awareness, accessible education, and social justice. In his spare time, Armaan enjoys photography, painting, reading, volunteering and organizing for different political causes, and going on long walks in the National Capital Region. Despite any adversities, Armaan believes that it is with rising spirits that we can work together to allow for a more equitable and just future!