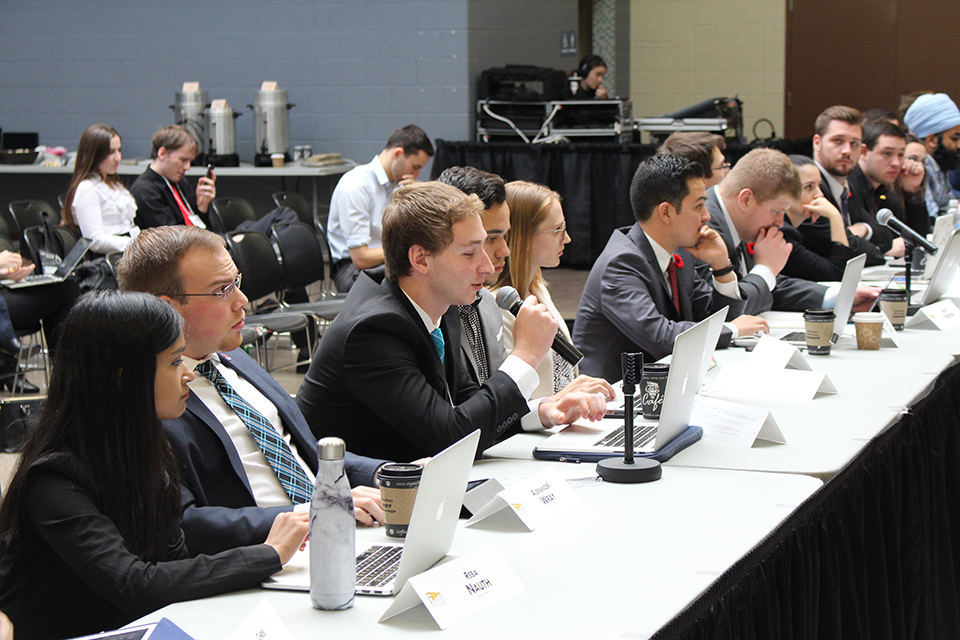 A year at OUSA begins after the election of new members of steering committee by their respective member associations, after which the outgoing and incoming members meet for several days to they share information, best practices and continuing goals and projects for the organization.  The election of the executive positions is also conducted during this conference.

This retreat of the steering committee and home office staff provides an opportunity for OUSA to spend several days engulfed in the planning for the upcoming year-long activities and events.  From this, an action plan for the organization is formed and tasked of its staff.

Read about what we accomplished and about our 2016-2016 priorities here.

At the beginning of each school year, the Home Office, Steering Committee, Campus Coordinators, Campus Researchers, and other volunteers meet for a day long training, with sessions on the post-secondary education system, OUSA’s role and operations, as well as breakout sessions to plan campus events and research projects for the upcoming year.

Each year OUSA holds two General Assemblies during the academic year. These weekend long conferences are hosted by a different member school on a 3-year rotation. The General Assembly is the highest governing body of the Alliance and conducts the passage of policies, breakout sessions for current issues, and directs the focus of the Alliance.

Each year, OUSA spends a week at Queen’s Park, where delegates from each member association meet with legislators and staffers on the most important issues in post-secondary education. During the week, delegates highlight the recommendations OUSA will be making to the government and ministries to the Members of Provincial Parliament.

An annual event in the post-secondary education sector, the Partners Dinner brings together all of OUSA’s stakeholders and partners, from students, administration, faculty, politicians, civil servants, authors, media, and the thought leaders of the sector.